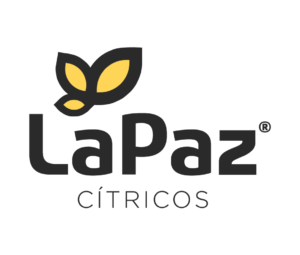 It is a Spanish variety whose origin is probably from the germination of a Common lemon seed grown around the Segura river. It is the first variety in importance in Spain and the earliest. Representing 80% of its production.

The tree blooms with intensity only once a year, usually between the first ten days of April and the beginning of May (later than the Verna lemon tree flowering and for a shorter period). Although there is also a second summer flowering (called rodrejos), but it is very scarce and with much thicker fruits than those of normal harvest.

The size of the fruit is medium, spherical or oval, with a smooth and fine rind. It lacks a neck in the pedicle region and its apical mamelon is sharp and small.

The pulp has a pale yellow color, is very juicy, with high juice yield and high acidity, which makes this variety highly appreciated by the citrus derivatives industry. Its number of segments varies from 8 to 12.

Of Spanish origin but the exact origin is unknown, it probably comes from the introduction of Italian lemon, Monachello type, in the garden of Murcia. It is the second most important variety in Spain (behind Primofiori) and the fifth in the world. Its production represents 20%, and it is grown mainly in Alicante and Murcia.

This lemon tree flowers more than once and generally enjoys two blooms. The main one, which gives rise to the fruits called harvest, is very long, since it extends from March to May, depending on the weather, location and physiological state of the trees.

In August and September another flowering takes place, whose fruits are called rodrejos or verdelli. They are collected in the summer of the following year. These fruits have a thinner and smoother skin than those harvested, as well as being more rounded and with a pale green color.

Inside, its pulp is tender and juicy, it has a good juice content, with a low acidity. Its average number of segments is eight to nine.

The Eureka variety is the most cultivated outside the Mediterranean area. It was obtained in California in 1858 and its main producers are mainly California, Australia, South Africa, Argentina and Israel.

The fruits are of medium size, elliptical or oblong, sometimes ovoid. They generally have a small neck in the pedicle region and a small apical mamelon that is often surrounded by an areolar groove.

The bark is of medium or thin thickness, normally smooth, although it may have some roughness, especially if it is grown in Mediterranean climates.

Inside, its pulp is tender and juicy, it has a good juice content, with a low acidity.

The conventionally grown lemon is one that has been treated in the field using different chemical products (fully regulated by the health authorities), which protect it against pests and also increase its life span. It is the one that is processed with a series of fungicidal products after its collection, the objective of making this application is to extend its useful life, avoiding the development and appearance of fungi and moulds.

Conventional lemon is also produced without post-harvest treatment. It is a product that is free of any type of fungicidal application after harvesting, which allows the consumption of the skin. In other words, only chemical products have been applied to this product in the field. It is carried out in a completely independent line, thus avoiding any type of cross contamination.

The organic lemon is cultivated by means of organic agriculture, the raw material is obtained from the optimal use of the natural resources of the farm, without using synthetic chemical products. It is important to point out the benefits that this product presents in different areas. On the one hand, the whole process is developed in a sustainable and balanced way, using environmentally friendly exploitation methods, by way of less extensive agriculture. These techniques help preserve varieties of native species and diversity